The following is a visual representation of the Red Rock Network, or “Gigage Nvya Elohi” in the old KeeTooWah language.

Our Red Rock Network is designed to push traffic via several intra-network solutions.

Items in BLACK represent “Traffic Black Holes” or ways to drive traffic to our shopping sites. Our Shopping Sites are grouped under Mahalo.Market covering a variety of products and services, and our sister educational functions grouped under the Beneficial Business University of Puerto Rico, as shown above.

FRYD is our broadcasting arm and part of our strategy to keep advertising in-house and a controlled cost item. Think of FRYD as a competition to CBS or ABC for example as our goal is to in effect deliver news and entertainment broadcasting via a variety of venus, many simulcast. Primary programming will be streamed from the FRYD.TV domain.

Considering the now common censoring we see in the social video platforms like Youtube and Shoutcast, we will limit our simulcasting to non-controversial programming. Otherwise, we will offer a simulcast programming package with a global reach.

Live Video Streaming is our Foundation 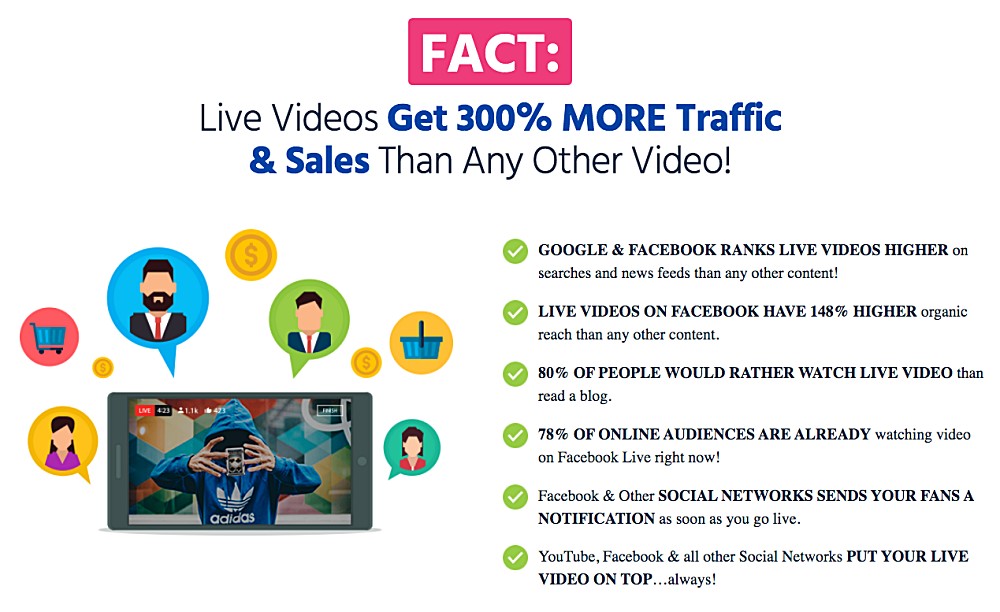 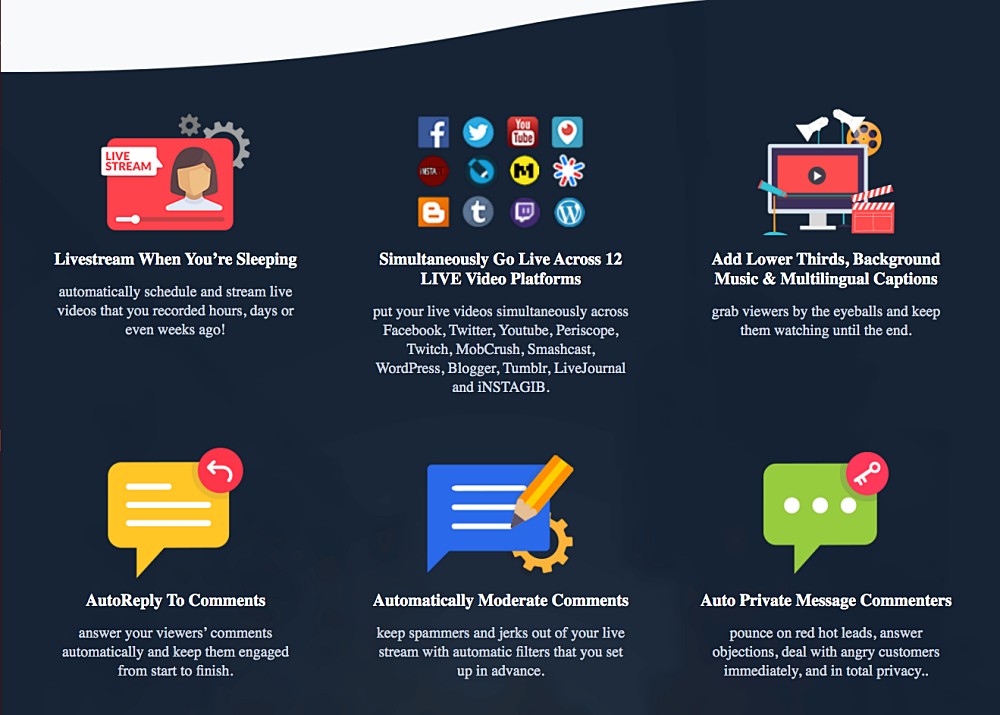 Social Networks can bring big traffic, but impose censorship issues. Following are the networks that we have automated syndication for. This means we can auto-post videos to each of the following on a scheduled basis and with spin titles, etc. for SEO purposes.

** Our syndication software fans the flames by posting to:

TV broadcasting has changed in definition over the last 15 years. From 1965 TV to now on-demand viewing from many possible devices. Our goal is to be available on all available systems, to reach the widest possible audiences. These are newer venues that can be considered private or closed circuit broadcasting.

Not many years ago common over-the-air TV broadcasting changed to HD only and while still available it is not as popular as other alternatives and carries a very high operating cost. The alternatives, we plan to broadcast over, include;

There is a large volume of available programming if your offering distribution to start. As we grow, we can offer revenue for syndicated shows on a cash in advance basis. But many producers are competing for air time, and we can offer them commercial income across a wider syndicated reach.

FRYD.TV is covering bases and reaching into the Radio Broadcasting market as well. First, air time for 4-hour radio talk shows is dirt cheap for the reach.

In Hawaii, we have a strong edge with ur partner Alan Arato bringing direct connections with iHeart Radio, and several other multi-station owners in Hawaii. Alan is a past DJ, and well-known MC, and a performer.

Alan has already arranged for time on a shared basis with other radio talk show hosts and we can push our agenda at will via this venue for approximately $10,000 monthly. Reach will be island-wide in any case. We would be able to resell the time in the form of live call-outs to our merchant clients as well.

Alan has also acquired exclusive rights to radio programming that we can use and the “Uncle Tom” radio show as well. Best known for the “Uncle Tom’s Cabin” series.

Why we Build TNT Networks

A “Targeted Niche Traffic” Network (ie; TNT), is a real-time 2021, Web 2.0 version of the original 1890’s “Press Wire” concept. Specially adapted to the structure of the Internet, and designed to mimic natural “Brand Development” as a process.

Aside from the tech jargon, the TNT Network is our own “Broadcasting System”, custom-designed to promote via very tightly defined “niches”.

Functionality can be compared to a typical multi-media publication, such as Newsweek, Time Magazine, USA Today, iHeart Radio, etc.

We have an “Evergreen” supply of “Buyer Traffic” specifically generated, and sent specifically to our merchants.

You name the target URL, and we deliver the “Buyers”. People specifically interested in what you want to sell them.

Why Advertising with us is Better

How Many Visitors are in Your Dream?

While you can drive all that traffic to one page, it is often more realistic to drive traffic to a collection of pages. In particular, if you have an e-commerce store or sell otherwise more than one product.

So in a simple formula, we can drive 1000 visitors daily to any page.

The Business of Marketing

This is a combination of deep marketing a core business, and creating an online niche-specific multi-media publication. So that if our merchant is selling dresses, then we are featuring the latest fashion, criticizing, and promoting our merchant’s dresses alongside celebrity dress pictures, fashion news, etc.

In short, the business of delivering desirable and valuable content to the exact niche that a merchant wants to sell to.

This is not “Rocket Science” and anyone can do this. But it can amount to a business in itself.

Following is the Step-by-Step process we follow to build our TNT Networks.

Inquiring minds will ask about case studies and other foundations for this strategy.

To be honest, that’s the very point. This “formula” is completely based on a combination of Internet experience started with the building of three of the very first websites in 1993, and the detailed study, and careful breakdown of countless strategies, formulas, and case studies since that time.

The truth, anyone can do this, the information is publicly available.

We found so many secrets, we created a special website just to keep track, you can use it now, and you can also see the following “Case Studies”, a small snippet of our base collection.